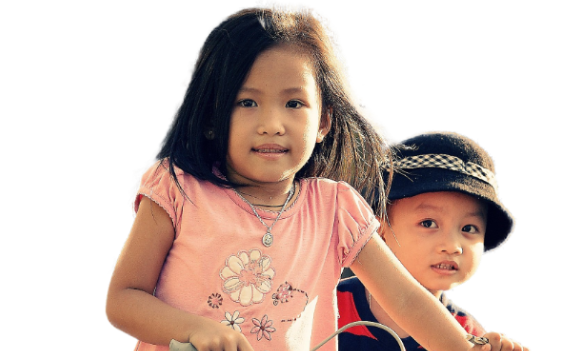 1 in 4
CHILDREN IN THE U.S.— APPROXIMATELY 18 MILLION—ARE CHILDREN OF IMMIGRANTS.

Immigrants are a part of our families, workplaces, and houses of worship. They are friends and neighbors woven into the fabric of our communities. Critically, they are parents tucking children into bed each night.1 More than 1 in 4 (26 percent), or approximately 18 million, U.S. children lived with at least one immigrant parent in 2018.2 For America to flourish and prosper, we must commit to policies that promote all children’s well-being and center children of immigrants in these policies.

In direct opposition to children’s well-being, the Trump administration’s four-year legacy of dangerous, reckless policy choices has created a climate of confusion, fear, and impossible choices. The administration continuously attacked family unity, a foundational principle of child welfare protected by the U.S. Constitution.3

Family separation as well as the battle over the border wall and who will pay for it have been highly visible horrors, but the Trump administration’s less visible shifts in regulatory and executive action also erected barriers to critical, life-saving benefits and services, affecting the lives of millions in the U.S.11 What does that “invisible wall” look like?

Beyond tearing down the harmful policies that separate families and chill access to critical services, we must lean forward and build a permanent solution to this nation’s immigration crisis so that every child has the opportunity to grow up in a safe, stable, and loving family and community.

Right now, immigrant workers are at the frontlines of the COVID-19 crisis, keeping all of us healthy, fed, and cared for in health care, retail, manufacturing, and other essential industries.24 In recognition of the critical role immigrant families play in our communities, Congress must ensure that COVID relief packages are inclusive of our immigrant children and families.25

For example, our leaders have the opportunity to make economic stimulus payments inclusive and fair. Immigrants and their families must be included in any new COVID stimulus payments and receive retroactive stimulus from when they were cut out of relief last year—regardless of the kind of taxpayer identification they use.

COVID relief, including economic stimulus payments, help families make ends meet during this crisis, and it is well established that cash assistance also supports children’s well-being and healthy development.26 Our leaders must act swiftly to ensure the next COVID relief package is the most robust and inclusive yet.