“He will be forever 3 years old” 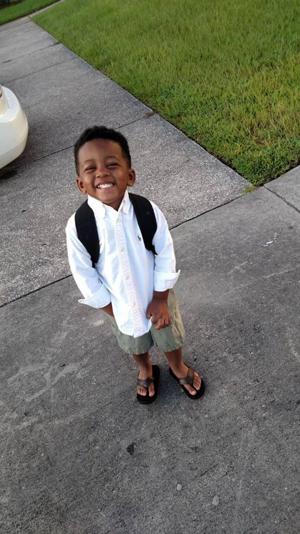 “He will be forever 3 years old.” These were the words of Arika Williams shortly after her 3-year-old son Aiden accidentally shot and killed himself last year in South Carolina.

On May 4, 2018, she dropped off Aiden and his older brother Akai to spend the night with their dad. While the adults played cards and the big kids watched basketball, Aiden wandered around the trailer in search of something to play with. The 3-year-old encountered many options along his path: a set of colorful magnetic letters on the fridge, a jar of Play-Doh beside the couch, a bag of cinnamon twists on the table, and a loaded gun within reach. Aiden picked up the gun. Akai heard a boom. And, in an instant, a toddler’s curiosity turned into a heart-wrenching tragedy.

Aiden isn’t alone. Each day in America, eight children and teens are unintentionally injured or killed with a gun in the home. In South Carolina—among the deadliest states for these preventable deaths—Aiden was the 10th child in just over a year to accidentally shoot himself or someone else with a gun left within reach. A week after Aiden’s accident, another child—a 5-year-old girl—accidentally shot herself in a neighboring county. Too many children suffer preventable injuries or deaths because loaded guns are too easy to get ahold of.

Nearly half of gun-owning households with children do not store all of their firearms safely. An estimated 4.6 million children live in homes with at least one unlocked and loaded gun—and most children know where these guns are kept. About 3 in 4 children ages 5-15 with gun-owning parents know where firearms are kept in the home and more than 1 in 5 have handled a gun in the home without their parents knowing. Too often, this costs children like Aiden their lives.

That’s why Aiden’s mom and other advocates around the nation are calling upon parents and policymakers to do more to keep firearms away from children. “We’re supposed to protect our kids,” she said. In her eyes, this means taking personal responsibility for safely storing firearms and enacting child access prevention (CAP) laws that require gun owners to safely store their guns so children cannot access them unsupervised.

Recognizing the lifesaving potential of safe storage and urgent need to protect children, Congresswoman Rosa DeLauro introduced a bill this week to help states pass child access prevention laws and establish federal requirements for safe firearm storage. The bill—known as Ethan’s Law—is named in honor of Ethan Song, a 15-year-old boy who accidentally shot himself after finding an unsecured gun at a friend’s house. At the bill’s unveiling, Ethan’s parents issued an important reminder and charge for all of us: “Not a single person on earth can change the past, but every one of us can change the future.”

Let’s embrace our responsibility and opportunity to prevent tragedies like Aiden’s and Ethan’s. Learn how to store your guns safely at home. Ask if there are unlocked and loaded guns where your children play. And demand your elected officials enact child access prevention and safe storage laws to keep guns away from children and teens. Our children’s lives and futures depend on it.