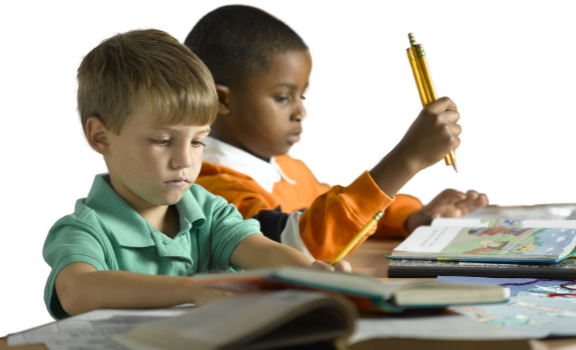 All children deserve to attend diverse, well-funded schools where they feel safe and protected, where they have access to high-quality educators and resources, and where their education is culturally responsive, developmentally appropriate, and intellectually stimulating. They have a right to the robust enforcement of our nation’s civil rights and education laws and their education must be free from discrimination.

Unfortunately, this is not the reality for too many students. While COVID-19 has crippled our country’s public education system even further, America’s schools were deeply segregated and inequitable long before the pandemic. Poor children and children of color are likely to already be behind their wealthier and white peers when they start school, and as they progress through schools with smaller budgets and fewer educational resources, it is too often impossible to catch up.

Students of color in schools that are highly segregated along racial and economic lines have significantly less access to highly-qualified and experienced teachers and high-quality educational resources. Academic indicators such as standardized test scores and graduation rates indicate that learning suffers accordingly.

Too many students, especially students of color, face exclusionary discipline policies that threaten to derail their education or over-policed schools that put their very safety at risk.8 Over the last decade, schools have increased investment in school policing under the guise of making them safer for students. However, police in schools do not necessarily make children safer, but rather contribute to the school-to-prison pipeline and continue to disproportionately deny Black children, Latino children, and children with disabilities the opportunity to succeed.9

Children who are experiencing homelessness, in foster care, or returning from juvenile detention are especially likely to be educationally disadvantaged and are less likely to graduate from high school.

When we deny our children the education to which they have every right, we deny them the chance they deserve to have a bright future. We must continue to work to equitably distribute educational resources, eliminate segregation and gross inequities in school funding, and eliminate discriminatory education policies that undermine equal opportunities for all students.

The COVID-19 pandemic has caused an education crisis that will impact this generation of students for the rest of their lives. While many school districts provided some distance learning opportunities during the 2019-2020 school year, children with disabilities, children from low-income and unemployed families, children living in rural communities, and children of color faced many barriers to accessing this modified education—including insufficient internet access, lack of support for online learning due to parent work schedules, and inability to effectively learn via modified formats, among others.

Too many students could not access modified education or lived in districts where no instruction was offered after schools closed for the last several months of the 2019-2020 school year.15 A survey of close to 1,600 families found that parents with low incomes were “10 times more likely to say their kids are doing little or no remote learning,” and children with Individualized Educational Program accommodations (which includes many students with disabilities) are “twice as likely as their peers to be doing little or no remote learning.”16 This untenable situation has carried into the 2020-2021 school year in districts across the country.