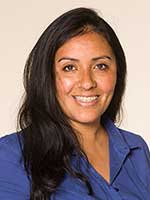 Saira G. Soto is Deputy Executive Director at the Children’s Defense Fund – California where she leads the development, implementation, and expansion of CDF-California programs for children and youth, including the Beat the Odds® scholarship program and CDF Freedom Schools® program. She is committed to raising strong, literate, empowered children who aren’t citizens in waiting. Before joining the CDF-California team, Ms. Soto worked to educate migrant workers on the health dangers of poor water and air quality, and exposure to pesticides.

In 1998, she received a CDF Beat the Odds® scholarship, and later earned a degree in environmental chemistry at the University of California at San Diego. She is a native of Durango, Mexico and was raised in East Los Angeles.