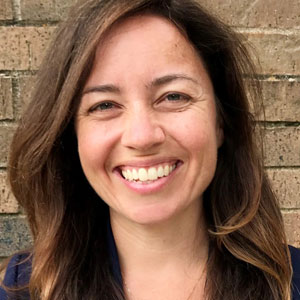 Cheasty Anderson joined the CDF-Texas policy team in Austin in 2014. Her work focuses on both health care and immigration.

As part of her work with CDF-TX, Cheasty is an active member of the Cover Texas Now coalition, which fights for quality, affordable health coverage for all Texans. She is a lead organizer for the national Family Detention Coalition, through which advocates, attorneys, medical professionals, and grassroots groups collaborate and coordinate efforts to end the inhuman treatment of immigrant families in the United States. Cheasty also represents CDF-TX as an invited member of the Steering Committee for the national Protecting Immigrant Families Campaign, which fights back against efforts to make life more difficult for all low-income immigrants by changing public charge regulations.

The tools she uses in her work include community organizing, story advocacy, coalition-building, and public education and outreach.

Previously, Cheasty worked as Education and Outreach Coordinator at the Center for Public Policy Priorities, where she was a key member of the Texas Well and Healthy and Cover Texas Now Coalitions. She brings diverse experiences in youth development and education, as well as in health care policy to CDF’s work.