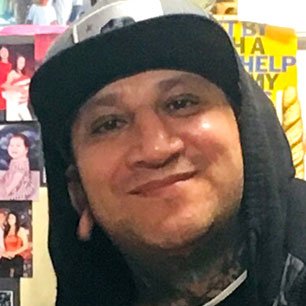 Slam Trujillo is an MDiv graduate of the Pacific School of Religion and was the 2020 recipient of the Paul Wesley Yinger preaching award. Slam is also a proud alum from Homeboy Industries, the largest gang reentry program on the planet. Slam’s work focuses on the theological artistic implications of remixing the central themes of Homeboy Industries (Boundless Compassion, Radical Kinship, and Extravagant Tenderness) into anything and everything, both as a strategy for engaging the world with a backwards hope, as-well-as-to investigate how nonbelonging tactics run rampant in our society – permeating in every area of life. As a guiding force-for-analysis in this journey, Slam trusts the Homeboy Industries outlook on the transformation process itself, where an it-takes-what-it-takes hermeneutic is deployed as a method for giving primacy to an elongated overall pace of analysis of healing.