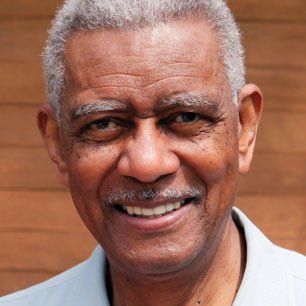 The Rev. Dr. Moss, Jr. (Morning Devotions Preacher), Proctor Co-Pastor-in-Residence, is the Pastor Emeritus of Olivet Institutional Baptist Church in Cleveland, Ohio. Previously, he served as co-pastor with Dr. Martin Luther King, Sr. at Ebenezer Baptist Church in Atlanta. For over 50 years, Dr. Moss has been directly involved in the civil rights movement as a religious leader and community activist, espousing the nonviolent approach for affecting social and political change. Moss’ many honors include four honorary doctorates and a citation in 2000 from the Howard University College of Medicine. He has served as chairman of the Board of Trustees of Morehouse College, is a life member of the NAACP and served as a consultant to former President Jimmy Carter. In 2004, he was the Lyman Beecher Lecturer for Yale University Divinity School. He is the co-author, with his son, of Preach! The Power and Purpose Behind Our Praise. Dr. Moss has been selected twice by Ebony magazine as one of “America’s 15 Greatest Black Preachers” and listed as one of 30 people who have defined Cleveland in the last 30 years. He received his Bachelor of Arts from Morehouse College, his Master of Divinity from Morehouse School of Religion/ITC, and his Doctor of Ministry from the United Theological Seminary.