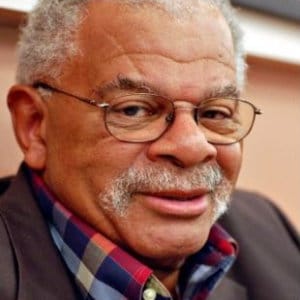 He is the former director of the Institute of Community Economics.  He directed the Community Building Support Center for the Urban Strategies Council (USC).  Gus is the former Director of the Partnership for Neighborhood Initiatives (PNI) Palm Beach County, FL and the former Director of the Dudley Street Neighborhood Initiative (DSNI) Boston, MA.  He is the former Mayor of Berkeley, CA (1979-1986). He was a member of the Board of Overseers of the Graduate Program in Community Economic Development at Southern New Hampshire University.  He served as the Vice-President from the US to the World Peace Council (1980-1986) and served on two United Nations committees. He also worked for the Department of Labor assigned to Puerto Rico and the Virgin Islands.  He also brought on line the 2nd Concentrated Employment Program (CEP) in the country in Rochester, NY.

Gus delivered the commencement speech at Heidelberg University, his Alma Mater, Tiffin, Ohio, in May 2009 and was awarded an Honorary Doctorate of Letters. He currently serves on the Board of Directors for The Middle East Children’s Alliance (MECA).