ICAN/Campaign for the Fair Sentencing of Youth 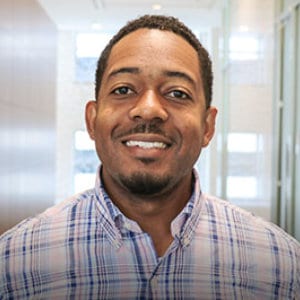 Eric is a Senior Advocate with the Campaign for the Fair Sentencing of Children and Youth (CFSY). He is also a founding member of ICAN (Incarcerated Children’s Advocacy Network) and works with formerly incarcerated youth to help engage them deeply and strategically in the movement for the fair sentencing and treatment of all children.

At 17 years of age, Eric was arrested and subsequently charged with especially aggravated robbery and first-degree murder. Aware that the court was seeking a sentence of life without the possibility of parole, he pled guilty in order to receive two 25 year sentences (with a chance for parole) to be served concurrently in the Tennessee Department of Corrections. He was later paroled in 2004.

After his release, he began to volunteer in Alternative Schools for students with behavioral issues. He joined AmeriCorps Community Health Corps and assisted in establishing full-service medical clinics inside of local high schools that provided health care to poor and underserved students and families. Eric became an independent vendor for the public school system. He facilitated trainings for school staff and campus security that offered strategies in identifying gang members and providing intervention for them and their families. He partnered with the Juvenile Detention Center and local organizations to provide services for students with trauma-related issues. The goal of this coalition of providers was to keep youth out of the juvenile justice system.  As a Program Director for the YMCA of Middle TN, Eric operated a 3-point program that addressed the socio-emotional development in students with behavioral and academic performance issues.