HOW POVERTY HURTS OUR CHILDREN AND NATION

Poverty steals children’s potential and steals from all of us.

Nearly 4 in 10 children in America spend at least one year in poverty before their 18th birthday.

No child should face the minute by minute, hour by hour, day by day harms of poverty that millions of children experience in America. Nearly 4 in 10 children in our nation spend at least a year in poverty before their 18th birthday, and more than 1 in 10 spend at least half their childhoods in poverty. In 2017 over 12.8 million children in America lived below the official poverty line—$25,094 for a family of four—based only on cash income. Nearly half lived in extreme poverty below half the poverty line. Nearly 1 in 5 children under 5 lived in poverty—almost half in extreme poverty.

Poverty stacks the odds against children and stalks them down every avenue of their lives. It places them at risk of hunger, homelessness, sickness, violence, educational failure and toxic stress. It deprives them of positive early childhood experiences and opportunities that prepare more affluent children for school, college and work. Poverty wears down children’s emotional reserves, saps their spirits and threatens their potential. Starting in infancy and continuing through to adulthood, poverty can haunt and harm children for life.

For many children, poverty takes its toll during the earliest years of rapid brain development.Unpredictable schedules and low paying jobs create challenges for parents and caregivers struggling to provide opportunities during children’s early years of life. These conditions interfere with parents’ quality time with their children and curtail learning opportunities. Young children in poor families are less likely to be read to and taught letters, words and numbers before entering preschool than children in non-poor families. Cognitive deficits can be observed in babies as early as nine months and often worsen with age. These early disadvantages are often hard to overcome.

Prolonged or frequent exposure to adversity can trigger toxic stress that can permanently rewire children’s brains, disrupt their social development and threaten their ability to succeed in school and life. Research shows toxic stress associated with child poverty increases the likelihood of low educational achievement, unstable employment, adult poverty and involvement in the criminal justice system.

Poverty often forces children to go without food they need to survive and thrive, limiting both the amount and quality of food available to them. In 2017, more than 43 percent of poor children lived in homes where not everyone had enough to eat. Too often, food accessible in poor neighborhoods is not nutritious or adequate for healthy child development.

The harms of child hunger and malnutrition do not last just until the next meal. Food insecurity is associated with lower reading and math scores, greater physical and mental health problems and higher incidence of emotional and behavioral problems. Beyond food insecurity, limited access to healthy, nutritious food options can threaten children’s physical development and increase their risk of obesity.

Going Hungry in a Nation of Plenty

What does it mean to be food insecure or, as the U.S. Department of Agriculture phrases it, to not have “adequate food for active, healthy living?”

For too many families, food insecurity means tough calls about who will and will not eat. For Jeannette’s family, it meant sacrifice. Her parents struggled to afford regular nutritious meals. When resources were limited, they chose to go without so Jeannette would have enough to eat.

Food insecurity means stress and worry over where the next meal will come from. It drove Florencia to keep her eyes peeled for loose change. Nickels and dimes could add up to a bag of chips from the corner store—something for her little brother to eat.

Food insecurity can also mean physical pain, stomach pangs and gnawing hunger. For Eva and her sisters, it meant drinking big glasses of water to feel full on nights when there was no dinner. No child should go to bed with only water to fill her stomach.

An extensive body of research has spoken: Food insecurity threatens children’s health, ability to learn and path to adulthood. Lawmakers must invest in policy solutions proven to address child hunger, like the Supplemental Nutrition Assistance Program (SNAP). SNAP helped combat food insecurity among more than 18 million children in 2017—a quarter of our nation’s children.

Child poverty increases the risk of homelessness and housing instability.

Poverty robs children of safe, stable housing and pushes them into shelters or onto the streets. On a single night in January 2017, about 115,000 children were homeless in America. Nearly 1.4 million homeless children were enrolled in public schools in 2016-2017. Children who experience homelessness are more likely to suffer chronic health problems, witness violence, get suspended or expelled or drop out of high school.

Millions of other poor children live in fear of homelessness or lack safe, healthy and adequate housing. As our nation’s affordable housing crisis deepens, poor children face disproportionate risk of living in households facing severe rent burdens and threat of eviction. Nearly 3 million households with children faced unsustainably high rents or lived in severely rundown housing in 2015, placing them at risk of homelessness or housing instability. Too many families are just one financial shock away from losing their homes.

Out of Sight, Out of Mind

Baby dolls, tiny trucks, toy food and dress-up capes. Scattered about the ballroom of a motel in Northeast Washington, D.C., and captured in a Washington Post column by Petula Dvorak, these hallmarks of child’s play are not merely a sign of productive imaginations—they’re evidence of a larger poverty crisis. 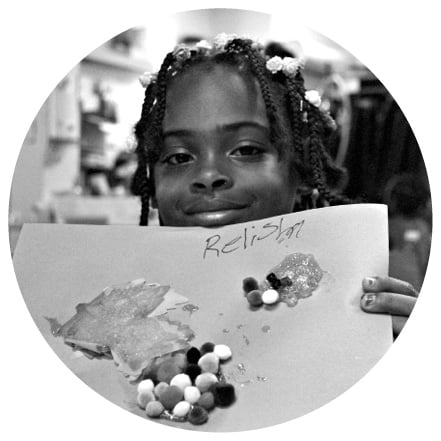 Twenty minutes outside the city’s downtown, a stretch of budget motels along a major highway serve as overflow shelters for homeless families in our nation’s capital. They have strict rules about where children are seen and heard. Signs dotting the hallways announce “No Playing on the Hotel Premises” and children are forbidden from gathering in common spaces. The Homeless Children’s Playtime Project, a local nonprofit, reserves event spaces to carve out areas where children can be children, but the lack of space and high cost of reserving ballrooms and conference halls means pop-up playtimes are limited.

Away from the hustle and bustle of Capitol Hill where big deals are made and bills become laws, the motels—and the 1,000 homeless children within them—are largely out of sight and out of mind. Other shelters are similarly isolated. Until it closed in October 2018, the city’s largest family shelter was D.C. General, a former abandoned public hospital whose neighboring buildings included a jail and morgue. Out of direct view and tucked into the nooks and crannies of a dense city, it is too easy to overlook homeless children.

Eight-year-old Relisha Rudd was abducted from D.C. General in March 2014. For months, Relisha’s disappearance dominated the news cycle and brought national attention to D.C. General. City officials, pundits, locals and anonymous online commenters heaped blame on Relisha’s family, her teachers and her social workers. But assigning blame did nothing to bring Relisha—who loved art and baby dolls and would exuberantly spell V-I-C-T-O-R-Y on her school’s cheer team—home. Five years have passed and Relisha is still gone.

Why do we fail to see our poor children until their faces stare at us from a Missing Child poster? Why do we blame parents rather than challenge our broken, unjust system? Other Relishas live everywhere among us: homeless because housing is too expensive and jobs pay too little; unaccounted for because affordable quality child care is out of reach; finding pockets of playtime in motel ballrooms because play is otherwise forbidden; hurting because poverty hurts.

It’s time to stop assigning blame and start taking action. We must make poor children’s struggles visible to policymakers at all levels of government and lift up evidence-backed poverty solutions including a higher minimum wage, transitional jobs programs, child care assistance and housing vouchers for struggling parents. We must keep children front and center, invisible no longer.

Poor children are less likely to enter school ready to learn and graduate from high school.

Poverty not only threatens children’s physical well-being but also their academic potential. Poor children are less likely to enter school ready to learn. Less than half of poor children are ready for school at age 5 compared with 75 percent of their wealthier peers. Often trapped in underfunded schools with fewer resources, many poor children fall further behind as they move up the academic ladder. Lower-income fourth and eighth grade public school students were almost twice as likely to perform below grade level in reading and math as their higher-income peers in 2017. By the time poor children enter high school, poverty has stacked the odds against them and decreased their chances of graduating. Only 62 percent of children who spent half their childhoods in poverty completed high school by age 20, compared with 90 percent of children who never experienced poverty.

The compound effects of child poverty can have lasting consequences into adulthood. Children who grow up poor have a harder time escaping poverty as adults. Research shows people who experienced poverty at any point during childhood are more than three times as likely to be poor at age 30 as those who were never poor as children. The longer a child is poor, the greater her risk of becoming a poor adult. A 2017 Urban Institute report found only 20 percent of children who spent half their childhoods in poverty were consistently working or in school during their twenties.

Child poverty has substantial economic costs for our nation.

Beyond its individual human costs, child poverty has huge economic costs for our entire nation. One study states the lost productivity and extra health and crime costs stemming from child poverty add up to about $700 billion per year, or 3.5 percent of GDP. Another study found eliminating child poverty between the prenatal years and age 5 would increase lifetime earnings between $53,000 and $100,000 per child—a total lifetime benefit of $20 to $36 billion for all babies born in a given year. And we cannot measure the countless innovations and discoveries that never occur because so much child potential is lost.

We must act now to save our children and nation.

Inaction is not an option; poverty is too costly for our children and too expensive for our nation. We cannot afford to wait to end child poverty. Every moment that passes is another moment children across the country will worry about where their next meal will come from and parents will worry about making ends meet. We already have the solutions. We just need the will to put them into place.

“We worry about [children’s] access to health care and the cost. We worry about how they are going to pay for college,” the father of a 6-year-old boy from Indiana said.

Children and parents place the blame for the persistence of poverty with political leaders, not with those in poverty.

The burdens of poverty weigh heavily on children and their parents in every facet of life.

CDF’s findings fit in with broad trends in public opinion in support of ending child poverty. A 2017 survey from the Public Religion Research Institute found that a majority of Americans see child poverty as a top concern and nearly 90 percent of people support tax breaks for low-income parents. Further, a 2016 poll from the Children’s Leadership Council found that 71 percent of voters said they were more likely to support a candidate who placed a priority on fighting child poverty.